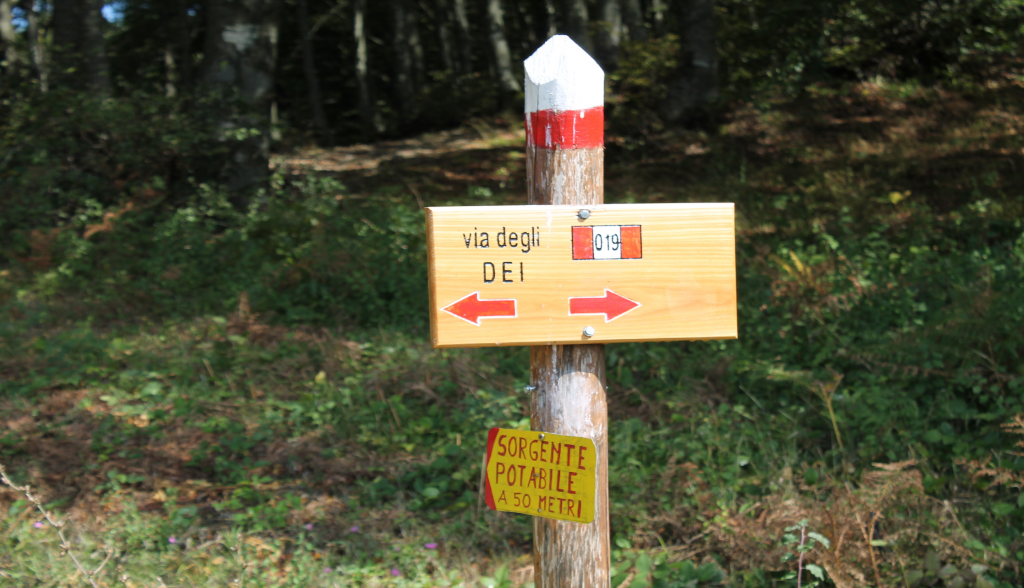 Bencistà suggests the Way of the Gods from Bologna to Florence

The Way of the Gods: itinerary

At Bencistà we like to promote harmony with nature, well-being and the enhancement of the local area.

The Via degli Dei (literally “Way of the Gods”) runs for 130 km through the history and nature of the Tuscan-Emilian Apennines, from Piazza Maggiore in Bologna to Piazza della Signoria in Florence, reaching the Pensione in Fiesole, where we often hoststravelers passing along it.

This is not a religious pilgrimage, as the name would suggest, but a prolonged trek (those who follow it are called walkers) which can be done on foot or by bike in four to six days, depending on your rhythm and level of fitness. The route is traced by the Italian Alpine Club (CAI) with red and white trail markings.

The ancient Etruscan communication route dates back to the 4th century BC, linking the cities of Félsina (present-day Bologna) and Vipsul (Fiesole). The Way of the Gods takes its name from the peaks that it crosses: Mount Adonis (a divinity linked to the cult of male beauty and nature), Monzuno (Mons Iovis, or Mount of Jupiter), Mount Venus and Mount Luario (the Roman goddess of atonement).

The route also crosses the ancient Via Flaminia Minor, a military road that allowed the Romans to control the territories of Emilia and Romagna conquered in the 2nd century BC.

The path is of great historical and natural interest, as it allows you to appreciate the landscape of the Apennines from a unique point of view, and at the same time to immerse yourself in the gastronomic traditions of the territories it passes through.

The way of the Gods: where to sleep

Throughout the Via degli Dei you can stop and sleep in tents or lodgings, including Bencistà. Our historic Pensione has long hosted walkers attracted by the charm of the terraces and the marvelous view over Florence, as well as the wellness treatments on offer at the BenciSpa center.

Alright then, backpacker: get your boots, water bottles and map ready: we’ll see you in Fiesole!