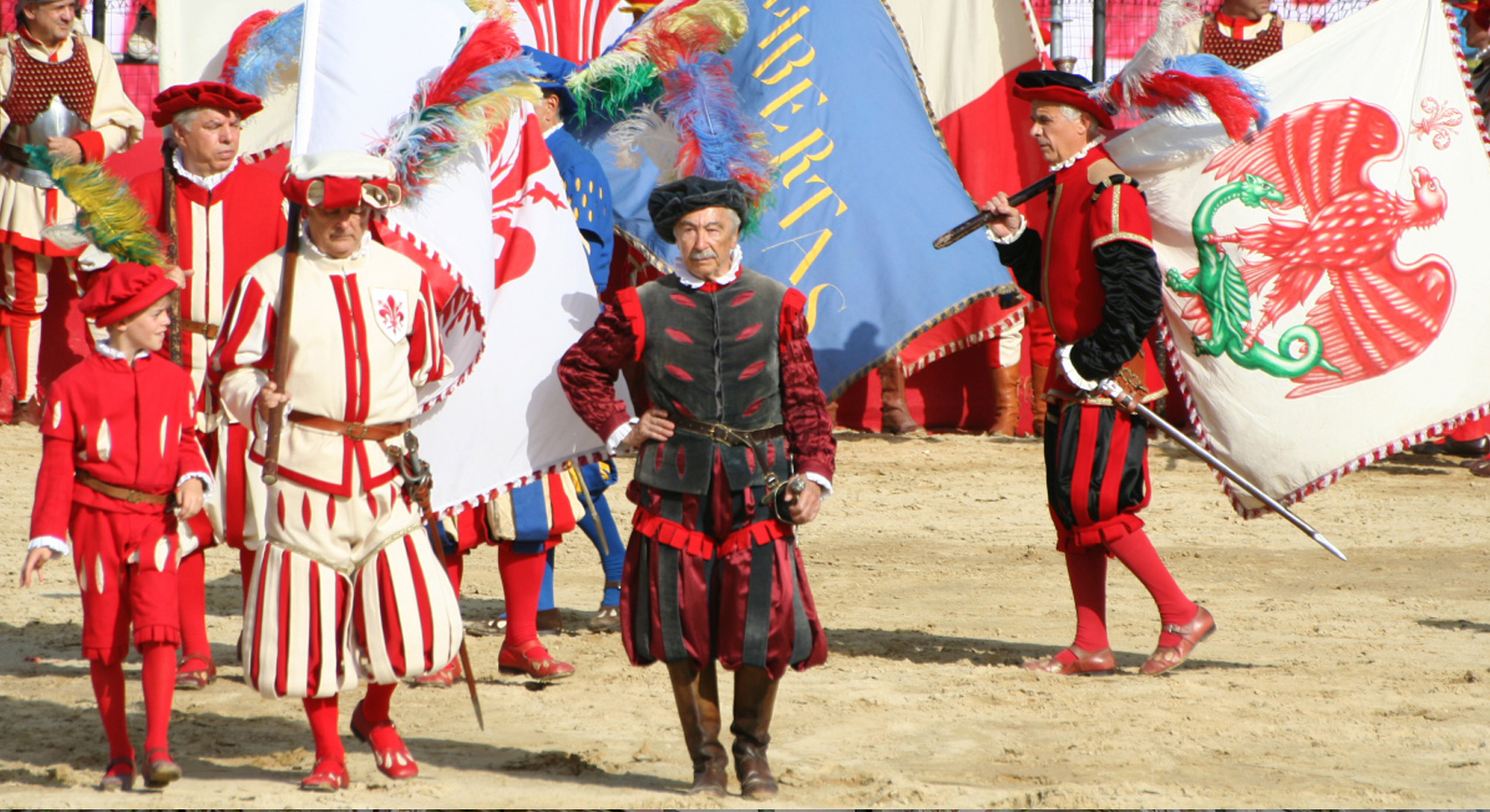 15 Jul The Calcio Storico in Florence

Football in costume in Florence

On the 24th of June in Florence takes place the celebrations for St. John the Baptist, the patron saint of the city. Every year on this very day, many events are held in the city: they are very popular among the Florentines, and a must-see for tourists and folklore enthusiasts.

The Calcio Storico Fiorentino, one of the most famous events is also known as “football in costume”, since it is played in historical costumes. This game is also known as “soccer in livery” when the matches were played on the occasion of a particular holiday.

This sporting practice has indeed very ancient origins: the earliest records of it dates back to the Middle Ages, although it is almost certainly a much older heritage, since already among the Latins and even in Hellenic culture it was common to play sports involving the use of spherical bodies .

In the city, the game was very popular among Florentine youths; it was practiced in the streets until more organized matches have started to be held in the most important squares of the city. The modern re-enactment is inspired by a game held on February 17, 1530 during the siege of Emperor Charles V. At the time the Florentines, though exhausted by hunger, organized a match in Piazza Santa Croce as a sign of mockery towards the besiegers.

With the exception of the war period, from 1930, the teams of the four historical Florentine quarters challenge each other on the sand: white color for Santo Spirito, blue for Santa Croce, red for Santa Maria Novella and green for San Giovanni.

The goal of the 27 soccer players is to bring the ball to the bottom of the opponent’s field, and thus score the greatest number of “hunts” (goals). Physical resistance and precision reward the winning team, who, at the end of the match, will win a Chianina calf and will have its own flag displayed at the Palagio di parte guelfa of Florence, where the Calcio Storico is organized.

Just before the match, the Corteo Storico (historical procession) of the Florentine Republic takes place: starting from Piazza Santa Maria Novella, it passes from Piazza della Signoria and ends in Piazza Santa Croce, where the Calcio Storico matches are held.

Celebrations for the patron saint continue until evening, with traditional fireworks displayed from Piazzale Michelangelo: these last are unmissable from the terraces of the Pensione Bencistà.
If you are a folklore enthusiast, write this date on your agenda not to miss it next year!