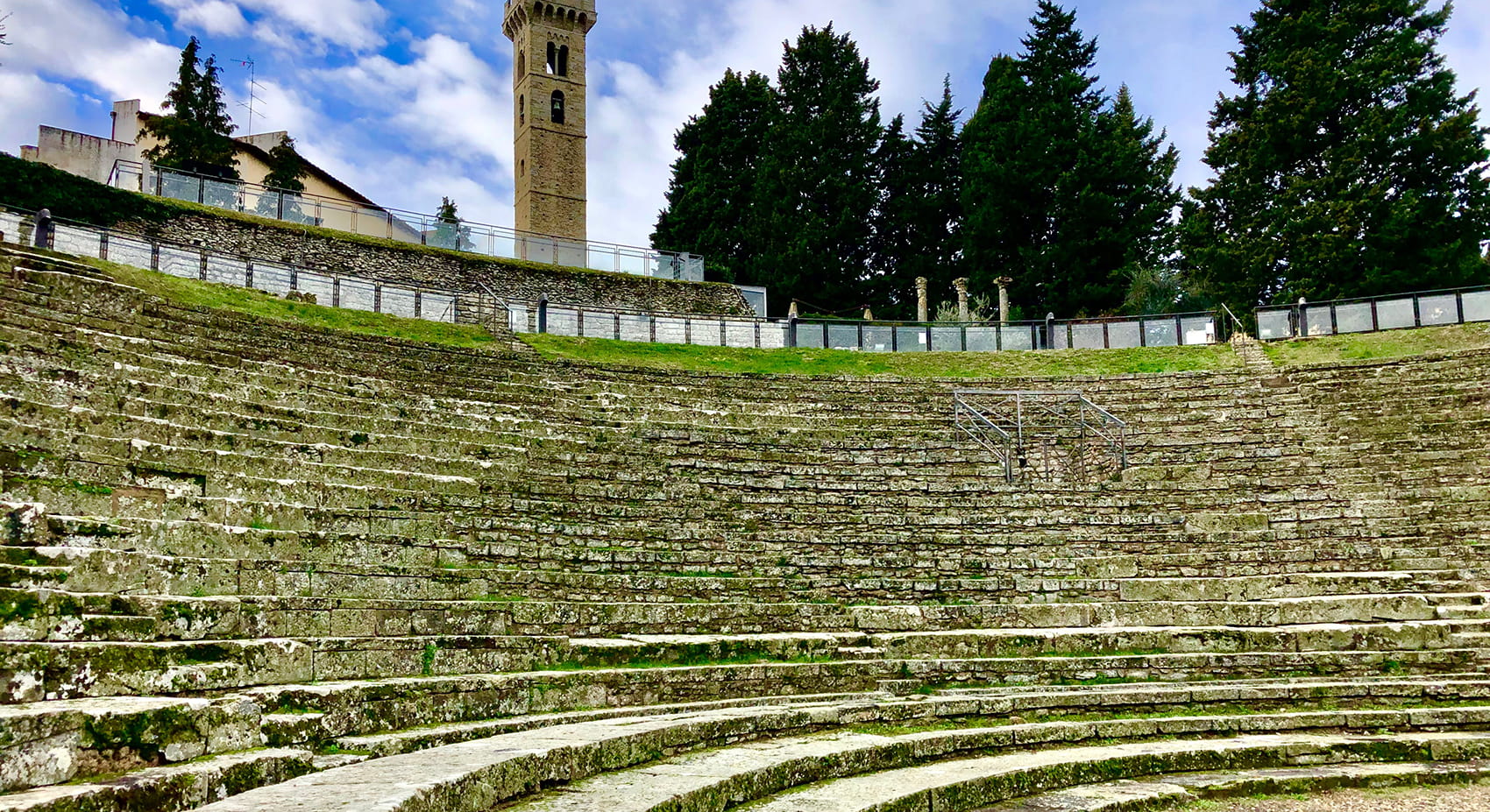 21 Jun Fiesole and the Estate Fiesolana

“ To start this column on events recommended by Bencistà, we have chosen to talk about our town, Fiesole, and its splendid cultural initiatives which allow us to enjoy places of great interest and historical importance such as the Roman Theater. ”

This year the Roman Theater of Fiesole will host the 72nd edition of Estate Fiesolana (‘Summer in Fiesole’) from June 20th until August 18th. The program of Italy’s oldest multidisciplinary festival includes about 40 dates, as well as a film festival curated by the Stensen Institute of Florence and Sunset Concerts on the terrace by the Fiesole Music School, with free admission.

The entire program can be consulted on the official website, where it is also possible to purchase tickets. The ticket also includes access to the Archaeological Civic Museum of Fiesole starting at 8:00 pm on the evening of the show, which starts at 9:15 pm.

The Roman Theater is one of the oldest in existence, and part of the Fiesole archaeological area, located in the heart of the urban center of the town: an archaeological park of historical, cultural and scenic value. The site is bordered by Etruscan walls, and contains, in addition to the Roman Theater, a sacred area with an Etruscan temple (4th century BC). This was later incorporated into the construction of the Roman temple in the 1st century BC, after the conquest of the city. The Roman baths here date to the same period. The theater was the first in Italy in which classic tragedy was staged following the Hellenic semicircle model, starting with Oedipus Rex in 1911. It was built by digging the staircases of the cavea, taking advantage of the natural slope of the hill, thus creating perfect theatrical acoustics.

Up to 2000 spectators can enjoy the view that extends between the hills and the woods beyond the stage, when the sun sets and the show begins.